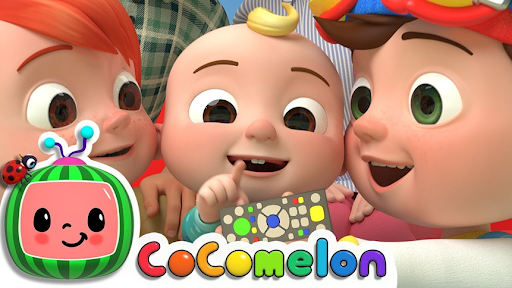 Oh God, the kid’s crying again. Give him the phone so that he/she stops the weeping.

This is the story of nearly every household with kids nowadays. Parents have found their virtual babysitter on YouTube which makes sure that the kids have their eyes glued on them for countless hours.

Amongst the top most viewed YouTube channels for kids, the superstar is CoComelon.

A channel with over a hundred million subscribers and nearly 4 billion average monthly views just by uploading nursery rhymes which kids seem to enjoy above peanut butter & jelly sandwich.

The channel has come a long way to obtain its popularity.

It started its journey in 2006 from the channel ‘Checkgate’ which provided short format nursery rhymes for kids. These videos were 2 to 3 minutes in length.

After the popularity of Checkgate, they rebranded it to ‘ABC KidsTV’ in 2013. The owners came up with a new logo & the implementation of 3D animation over longer videos for their audience which was more enjoyable.

3D videos were the main focus of many kid channels at that time frame and ABC KidsTV was the one to implement it the best way.

In summer 2018, the main hero arrives. The channel was rebranded & was named CoComelon. It got a new intro, outro & logo with longer video formats which engaged kids better than their previous channels.

They were undergoing a 400 thousand increase in their subscriber count every month which is a crazy number to imagine!

On the day 12th December 2020, they became the third YouTube channel to get 100 million subscribers. Now that’s Whoa!

If we talk about the current numbers, they go crazy with every line you read.

As of July 2021, they are the most viewed YouTube channel in the United States & the 2nd most viewed channel globally.

In April 2019, The Wall Street Journal estimated CoComelon’s annual advertisement revenue to be at $120 million!

You might be thinking that there is ought to be a very huge company with an enormous amount of employees behind this channel.

Well, you would be surprised to know that the owners of such a popular kids channel with a crazy amount of subscribers are a husband and wife only.

As of now, there are only 20 full-time employees which work for the 2nd highest subscribed channel of YouTube.

The husband named Jay Jeon had his experience as a filmmaker and a storyteller. His wife worked as a children’s book illustrator.

The vision of the Owners

The idea which led to such a vast empire of animated characters was a very simple one. The couple created the channel just as an entertainment medium for their kids. In the process of doing so, they received a lot of appreciation from them & were hence motivated to make more videos.

The couple has never chosen to be the center of attraction. They have shown their work speaks for itself. In an interview Mr. Jeon said. “The most important thing for us has always been making videos, stories & characters that resonate strongly with our audiences. It’s not about us, it is about serving them.

It is the company’s main vision to make original, genuine, and top-notch quality content that provides enhanced educational content which parents show their kids willingly.

As it is evident that real success comes from going beyond the only path you have walked on & creating a whole universe of your idea in the shape of other mediums. Hence the couple sold the channel to Moonbug Entertainment for an undisclosed amount.

The company’s CEO calls CoComelon the next Peppa Pig (an animated series from YouTube which was purchased by Hasbro Gaming for $3.8 Billion). Peppa big also has its theme park now.

Moonbug is working relentlessly to provide CoComelon’s audience with regular quality content. Also, they are about to launch the merchandise of its characters in the form of plush toys & vehicles.

Even Netflix, the American streaming service has shown its interest in CoComelon & has ordered three seasons of a new children’s TV show called “CoComelon Lane”, which also contains nursery rhymes. The first season will be live somewhere between 2023.

Ultimately, CoComelon is on the verge of becoming the most-watched show in the mass media as well with its tiny little die-hard audience waiting for each of their videos eagerly each day. 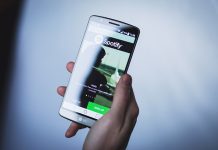 Buy Spotify Followers and Increase Your Chances of Being Famous! 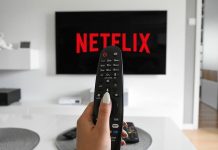 TOP 10 MOVIES TO WATCH ON A RAINY DAY ON NETFLIX 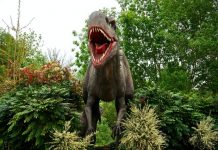 What Dinosaur has 500 teeth

Should You Go Into Debt Funding Unforeseen Expenditures?

How much do Forex brokers charge?

Top 7 Gifts That Are Perfect For Your Annoying Best Friend